Our 14th Anniversary and 14 Technology Predictions 2018

May 2017 – INC Technologies, a leading provider of Information Technology Services in Los Angeles, California, is celebrating its 14th anniversary. Over the last 14 years in business, INC Tech’s commitment to customer service has remained their highest priority. Utilizing a referral based business model, INC has maintained a reputation for excellence with its clients and employees. 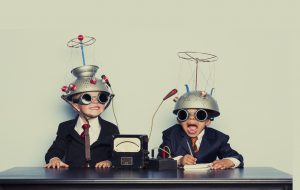 In honor of our 14th Anniversary, we want to highlight 14 technology predictions 2018, and beyond.  These are some of the cutting edge ideas that we think we shape our next 14 years!

To learn more about the services we have been providing for 14 years, click here.

Indoor and Outdoor Televisions – Why Indoor TVs don’t Belong on Your Patio Is your business ready when the power fails?

5 Questions to Ask When Hiring IT Support Staff

3 Important Things to Consider When Hiring In-House IT Staff

Crestron is the Ultimate in Home Automation Solutions